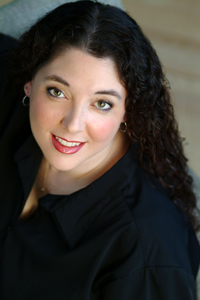 Sheri Radford is that rarest of creatures: a Vancouver resident who was actually born in Vancouver. As a writer and editor, she spends her days wrestling with commas, taming adjectives, and banishing adverbs. As the author of five extremely silly, award-winning books for children—Not Just Another Princess Story, It’s Following Me!, Penelope and the Preposterous Birthday Party, Penelope and the Monsters, and Penelope and the Humongous Burp—she spends her evenings playing, imagining, and creating. She regularly speaks to large groups of children in schools and libraries, but she also likes talking to adult groups, especially because they tend to burp and fart less.

Sheri lives in an overpriced but funky Yaletown loft with her messy husband and even messier cat. She took up running in 2010 and, in a fit of insanity, ran her first marathon in 2011. Even though her knees haven’t forgiven her yet, she can be found most mornings jogging along Vancouver’s seawall. An avid reader and moviegoer, Sheri loves to advise friends, family, and even strangers about what to read and watch. Over the years she has spent such an obscene amount of money at Chapters/Indigo bookstores that the company awarded her a free lifetime membership card, which always causes store clerks to do a double take. Sheri’s motto is “Life is too short to read bad books or watch bad movies.”

Several people have commented that Penelope looks an awful lot like Sheri did as a child—even though illustrator Christine Tripp had never met Sheri or seen any of Sheri’s childhood photos when she started illustrating the books. What do you think? Do you see a similarity between young Sheri and mischievous Penelope? 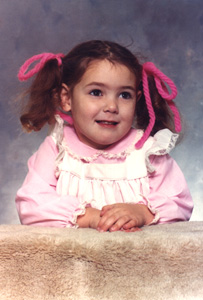 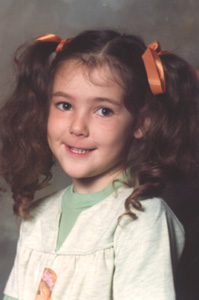 This short profile of Sheri appeared on the Scholastic website.

In 2006, Sheri wrote a segment of an episode of Roll Play, which is broadcast on Treehouse TV and SRC (Société Radio-Canada).

Check out some of the many articles Sheri has had published in the past few years.

A member of CWILL BC, Sheri is available for readings, talks, panel discussions, school or library visits, and media interviews. To see photos of some of Sheri’s readings, click here. For more information, please contact Sheri.